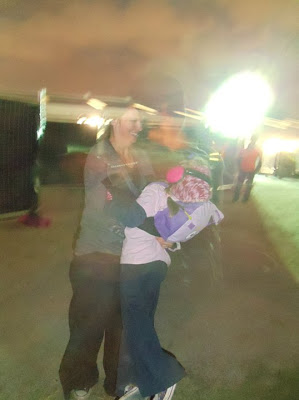 Who: Kayte Heard – single mother, child of the Earth.


Where: Live in the beautiful scenic hills of the Yarra Ranges :: Australia

When: I began my journey in 1995 and am still learning.

Why: I had a breakdown at 17 and have dealt with serious depression since. I discovered I had issues with my reproductive system when I was 19. Being told you will never have children is a difficult thing to be told at such a young age. Around the same time I discovered I have an intolerance to animal fats.
All of this led me to explore an alternative way of life. In 1995 I became vegetarian and began researching food combining, natural medicine, meditation, yoga & spirituality. I got in touch with my higher self and began to see positive changes in the way I felt. I began looking in to Naturopathy courses before plans changed in 2002 and I headed to the UK.
In 2003 I discovered I was pregnant. This was an amazing moment in my life but was marred by an unhappy relationship and being half way around the world from my family. My ex-mother-in-law tried to feed me up on the food she cooked for the family. I gained an excessive amount of weight and returned to Australia in 2004 unhappy. I struggled to maintain my lifestyle while living overseas and I had lost who I was.
Being diagnosed with cervical cancer in early 2005 was the final straw. I need to get in touch with the person I used to be.
It took me a few years to find myself again. I became a single mother before my daughter’s 2nd birthday which was the best decision I could have made. I threw myself back in to yoga and added running and Zumba to my weekly routine.
When my daughter was 6 years old, she made the decision to become vegetarian. Her reason for this decision, stated very seriously for a 6 year old was “because killing animals for food was cruel”. She is now 8, has experimented with being vegan and is exploring Buddhism. We still eat predominantly vegan but make allowances for a few animal products (eggs, honey, cheese). We have discovered she has food issues but she amazes me at how well she understands what she can and can’t eat and why. She loves to cook and create new dishes.
She is an incredible soul and understands more than a child of her age should. She is concerned about her impact on the environment as well as how others treat the Earth. She is a very spiritual person and a deep thinker. This has led to social issues as other kids don’t understand her. A recent relocation to an area where others live a lifestyle similar to ours will hopefully help her find like-minded children. But I have always taught her to be a leader, not a sheep. She makes me proud to be the vessel that brought her in to the world and I believe she will do great things.
I dealt with cancer for 7 years. I received the all clear in October 2011 and have remained clear so far (touch wood!). I still want to study natural medicine and recently started a basic course in herbal medicine.
Being surrounded by caring, grounded, spiritual, artistic, talented friends provides me with the support I need and positive influences for my child.
You’re never too old to make changes in how you live your life. You just need to take the first step. The rest will happen.